For Art and Environment Lovers- Fundraiser by People for Animals

This is regarding the fundraiser we ( People for Animals) are having in Mumbai on the 3rd and 4th of August. This is a sale of antique lithographs. The price starts at Rs 5000 and the proceeds will be going to towards the horses that we are trying to take out of Mumbai. The write up is below. The exhibition is being held for us by Mrs Tarana Khubchandani of Art N Soul. It will be we held at the Kumaraswamy Hall of the Prince of Wales Museum for these two days and then it shifts for 10 days to Art N soul, 1 Madhuli, Shiv Sagar Estate, Worli - 18 Taranaji's phone numbers are 9321033957 and 24965798. You could contact her for pictures and quotes. I am happy to give whatever quotes you want if you email me. I will be coming for the opening on the 3rd to Mumbai. " Why buy one painting when you can get an entire wall of the most exquisite flora and fauna ? A unique exhibition of 200 year old Antique Lithographs of Birds and Flowers being sold for less than the price of a restaurant dinner ! A feast for Genuine Art Collectors and Antique Hunters People For Animals is proud to present this stunning visual record . This is the first exhibition of its kind Our 2000 Lithographs include John Gould's A, B, C Series, Bird's Series, Roses by Joseph Redoute , Plants by Joseph Paxton and William Curtis , Aquatint by James Forbes, Butterfly's Series, Vishnu Prasad's Series, Hand Finished Lithographs by Samuel Benjamin Warner, etc PFA works to rescue and rehabilitate sick and needy animals. We set up and run shelters, ambulance services, dog sterilization programmes, treatment camps and disaster rescue missions for animals. We conduct education programmes in schools, round up wild life poachers, fight cases in court and lobby in Parliament. At present we have a network of 200 units, 34 hospitals and 60 mobile units nationwide. The proceeds will go towards People for Animals’ 34 hospital/shelter for their maintenance, food for animals, ambulances, medicines, medical equipment's, running of animal awareness programmes and making new shelters. For details of what we do look at www.peopleforanimalsindia.org and join our effort to make India a happier, gentler country that offers protection to all For further information contact PEOPLE FOR ANIMALS 14 Ashoka Road New Delhi 110001 T 011 23719293/94 / 23357088 / 23359241 / 23355883 E-mail: gandhim@peopleforanimalsindia.org / www.peopleforanimalsindia.org 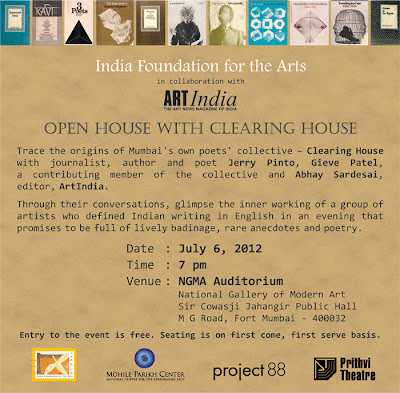 Posted by Johnson Thomas at 5:03 AM No comments:

Mystery of Easter Island statues may be solved

Mystery of Easter Island statues may be solved

Who ever would have thought....

This is absolutely incredible. Here we've been thinking for all these years that they were just heads. They are going to be absolutely huge when they are completely excavated. It all just adds to the mystery of these amazing sculptures. Maybe now they can get more information about them seeing as they have writings on them.
The Stone Statues in Easter Island have bodies ! 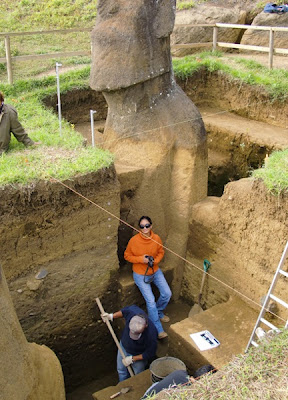 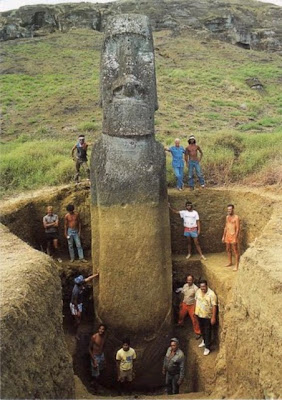 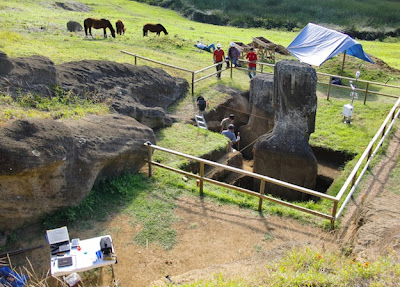 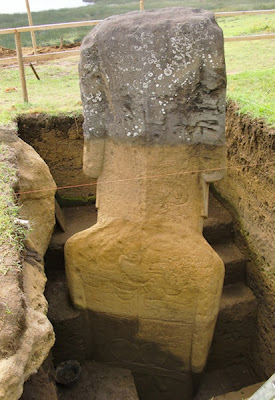 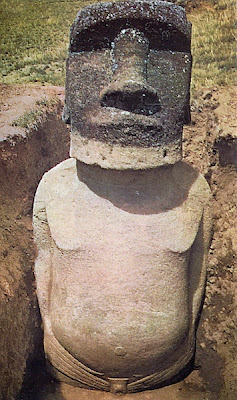 Posted by Johnson Thomas at 1:45 AM No comments: 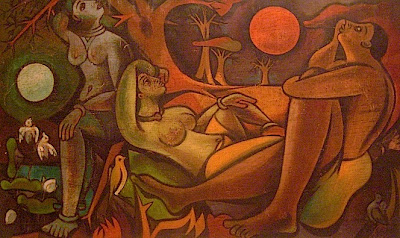 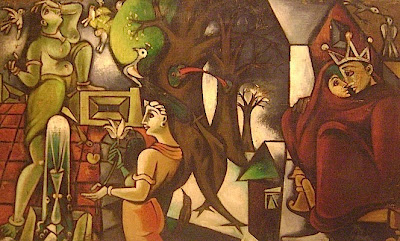 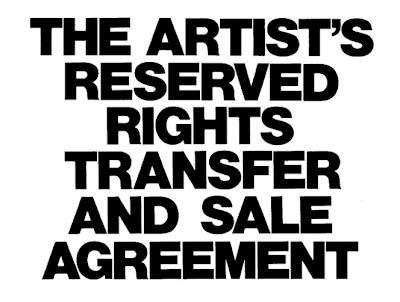 AA Raiba has had a career that spans six decades. His works form part of prominent collections in India and abroad. Most of his life was spent in a single-room tenement on Temkar street, a locality of Konkani Muslims in central Bombay. In this room that housed him, his wife and his three children, the canvases on exhibit were made from jute mixtures, and painted. Flat figures are bordered by thick black lines initially drawn in charcoal, in a kind of cloisonnism. Having been trained in the revivalist Bombay School that often referenced visual vocabulary from Indian miniature traditions and influenced by the modernisms exposed to him by Charles Gerard, Raiba charted a path that was independent from the Bombay School and the Progressive Artists Group. His early miniatures were published by the Illustrated Weekly of India for their covers. Encouraged by exiled artist and art critic Walter Langhammer, he spent three years in Kashmir. He documented the folk motifs seen in the temples of Jammu and the Pahari kingdoms of Himachal Pradesh. Kashmir gave him an excellent understanding of perspective while executing landscapes. Documenting renditions of humans and animals within the Pahari miniature paintings provided him with a visual cache that would often reappear in his works. Soon after returning to Bombay, Raiba abandoned the use of watercolour, and began working with oil on a prepared canvas made of jute. Here he began placing these folk motifs derived from Pahari miniatures into cubist perspectives narrating erotic tales of love. A King with a three point crown with his consort was placed beside nudes influenced by the European modernist movement. The straight lines that made the verandas appear cubist came from his travels sketching villas and churches in Goa and the Malabar coast. Another work hints at the use of surrealistic scale, where a still life with a bouquet of cubist roses dwarfs a camel and an elephant. Droit de Suite or the 'art proceeds right' is the right of artists to receive royalty on subsequent sales of their works if it exceeds a certain amount. Droit de Suite is the conceptual framework of this exhibition of works from a private collection to be placed on sale, where 20% of the sales price will be received by the artist AA Raiba. In India no legislation stipulates this right and therefore many subsequent sales after the first sale, especially in auctions, do not reserve a percentage of the proceeds for the artist. The Indian art had its nascency in the decade that followed economic liberlisation in the early 90s. India's early modernists, through their careers, grappled with a disorganized market, often selling for prices that offered meagre subsistence, rather than wealth and savings. Raiba continues to live in a one-room flat in Nala Sopara, the ancient port, and a distant suburb of Bombay. Like many of his contemporaries he does not receive any royalty on any subsequent sales of his work in the secondary market. No legislation in India stipulates that auction houses, galleries, collectors and dealers need to pay a small percentage (5%) of the sales proceeds in secondary sales to the artist. In the European Union, the United Kingdom, and Australia, percentages to be paid to an artist vary, forming an inverse relationship to the sales price. This exhibition proposes that a percentage of the sales proceeds be always paid to the artist by the seller in future, as an ethical and moral obligation, rather than a legal stipulation, with the hope that enough awareness is drawn to organise artists to lobby for a legislation in India on the lines of those that are present in the European Union, the UK, Australia, and the USA. The exhibition includes documents, laws and agreements that insure the residual right of an artist in every subsequent resale or rental of their work, as found in other parts of the world, and importantly, the curator Seth Siegelaub's The Artist's Reserved Rights Transfer and Sale Agreement 1971.