Asia Lens performance 'Kentaro'- After Raining it will be Sunny

invites you to an AsiaLens performance by KENTARO!!, Contemporary Japanese Dancer and Choreographer in the performance AFTER RAINING, IT WILL BE SUNNY Tuesday, 20 March 2012, 07:00 – 8:30 pm. Registration and refreshments at 06:30 pm Auditorium, National Gallery of Modern Art, Sir Cowasji Jahangir Public Hall M G Road, Fort Mumbai - 400032
RSVP REQUIRED: asiasociety@asiasociety.org.in (priority will be given to Asia Society members)
Other partners
Clark House Initiative Co-organised with:
This prize-winning Japanese dancer/choreographer fuses hip-hop technique with contemporary dance and drama. KENTARO!!’s expression has a personal and sensitive tone, and he uses his own story line and original music. The young performer has already showcased his work extensively across Japan, Europe, and Indonesia, and this is his first visit to India. KENTARO!! sprints through the present, evoking radically divergent moods that switch rapidly between gentleness and roughness, friendship and loneliness, amity and abhorrence, proximity and distance. Join us for 60 minutes of exhilarating dance from this emerging artist who has already garnered numerous prestigious prizes. AsiaLens brings together voices from across Asia as they express themselves through the visual and performing arts, presenting a vibrant and nuanced view of modern Asia. To learn more about upcoming programmes, please visit www.asiasociety.org/centers/india
This March, Asia Society proudly celebrates the opening of its new centre building in Hong Kong, and the forthcoming new centre building opening in Texas in April. The new Hong Kong Centre opened on March 9, 2012, in a Former Explosives Magazine, and combines new construction with four former military buildings. Three of these buildings are listed as Grade 1 Historic Buildings and are part of the Former Explosives Magazine Compound. The compound was an integral part of the British military lands and as one of the few remaining sites, it is an important tangible link to Hong Kong’s past. The new centre has been designed by Tod Williams & Billie Tsien. Learn more about the Grand Opening celebrations here. The new Texas Centre building combines contemporary international design with an understated elegance and serenity. Its 39,000 square feet is spread over two stories and basement, resulting in a low-slung profile that fits comfortably into its residential surroundings. It is designed by Japan-born, Harvard-educated Yoshio Taniguchi, who was responsible for the redesign of the Museum of Modern Art in New York. The Grand Opening is set for April 12-15, 2012. In an article published by the New York Times, Robin Pogrebin notes that in a time of global economic decline, Asia Society's expansion shows that interacting with Asia is no longer simply a politically correct pleasantry, but a necessity. Pogrebin says, “Each center has art galleries, lecture halls, meeting spaces and offices. Both are opening with exhibitions that pay tribute to Asia Society’s founding with selections of traditional Asian art from its permanent collection.”The article quotes Asia Society’s President, Vishakha Desai, who said, “Because the world has changed, so has Asia Society’s mission. Where once the organization was focused on explaining Asia to Americans, now it emphasizes strengthening partnerships in areas like culture, business, public policy and education, not only between Asians and Americans but among Asians themselves…” 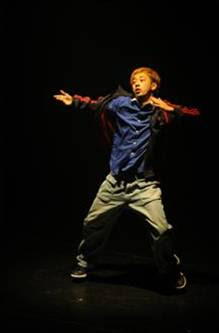