Stunning Portraits Made with a Single Sewing Thread Wrapped through Nails

Japanese artist Kumi Yamashita creates mind-boggling portraits by wrapping a single UNBROKEN black thread around galvanized nails, on a clear white board. Kumi Yamashita is definitely one of those few. The Japanese artist living in New York City uses all kinds of common objects to create arresting images, in her quest of exploring art beyond the confines of traditional media. Perhaps her most impressive technique is creating portraits by using a single thread weaved around a series of nails, on a white background. We’ve seen portraits created with thread and nails before, but nothing quite like what Yamashita can do. Kumi Yamashita thread 550x743 Stunning Portraits Made with a Single Sewing Thread Wrapped through Nails It seems pretty unbelievable looking at the detail of her portraits, but Kumi Yamashita creates every on eof them by weaving that single thread around the galvanized nails until she gets the desired effect. Even the darker areas, like the pupils of the subjects’ eyes are the result of repeated weaving to create density. It’s simply one of the most incredible things I’ve ever seen. 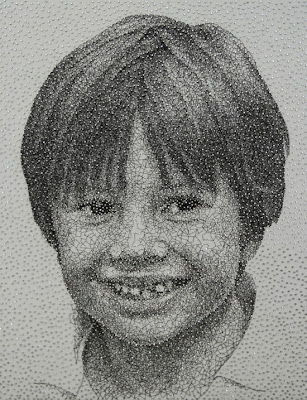 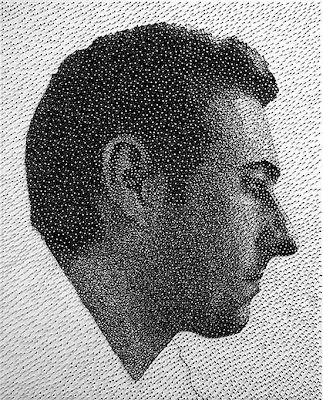 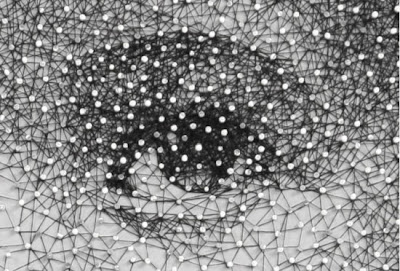 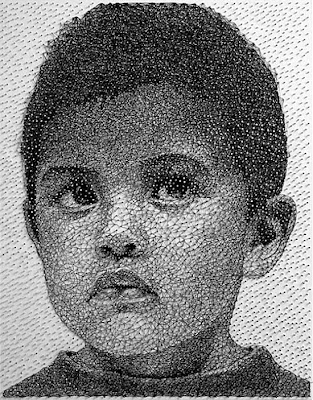 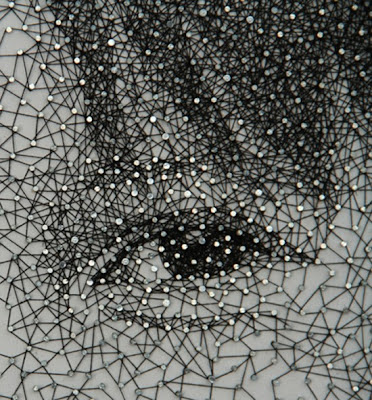 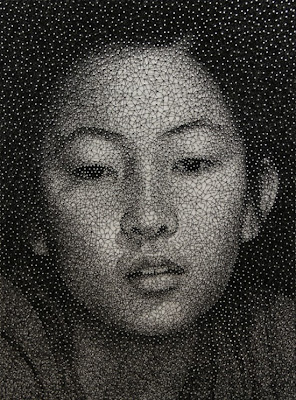 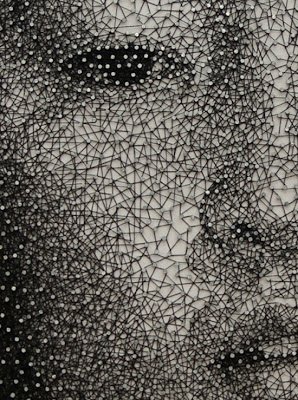 Posted by Johnson Thomas at 2:15 AM