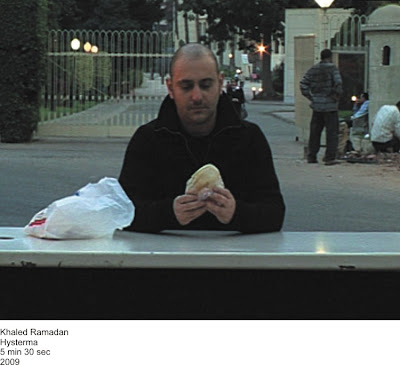 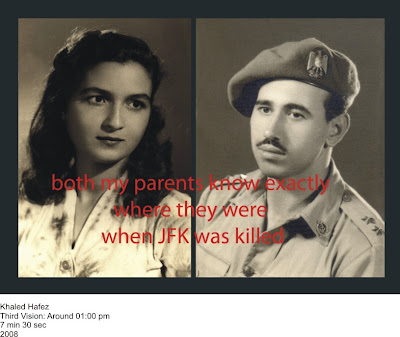 The themes explored are encounters between people, situations of life and how the artists perceive the daily world around them. All of the works also relate to the theme of otherness. The spectator on the other hand is in dialogue with the artworks looking for his/her position with the perspectives represented in them.
Raed Yassin was born in Beirut 1979. He graduated from the Theater Department of the Institute of Fine Arts in Beirut in 2003. He works in video, performance, music and audio/ visual arts. He has done performances, videos and recordings. His work is based on themes related to the media, the city, history of contemporary art, Arabic cinema, pornography, pop culture, disasters and archives. His work has been shown across Europe, the Middle East, the United States and Japan. He currently lives in Amsterdam. 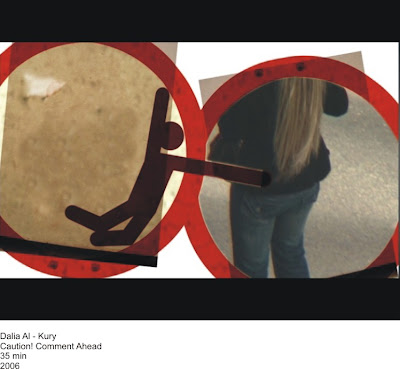 About his own work Ayman Ramadan (b.1980 Sharqiya, Egypt) says: "Coming from a background of no formal art training and with strong ties to the street life I have managed to relay my thoughts and feelings into a visual language using mediums of installation and video art. This allowed for an immediate response from the ordinary person. In all my installations and video pieces I have concentrated on the status of the urban working class in a city with a rigid class structure reinforced by both government and cultural attitudes. Ayman Ramadan lives and works in Cairo and San Francisco. 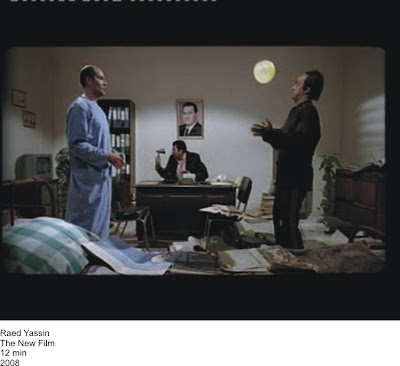 Dalia Al Kury is a 27 year old palestinian/jordanian director living between Jordan and Europe. She has directed many short fiction and documentary films since she first started in 2003. She holds an MA in screen Documentary from Goldsmiths College, UK, and has directed over seven documentary films, all of which were screened in international film festivals or on the Arabic MBC Sattelite TV network. She has been granted support from the TV channel Al Arabya twice including for her last film, “Smile you’re in South Lebanon”. Her approach to images is romantic yet sharp in the way it chooses to depict each and every side of a given issue. Dalia has a sense for portraits and films people as if she painted them, touch by touch with a warm and innocent approach to human nature. 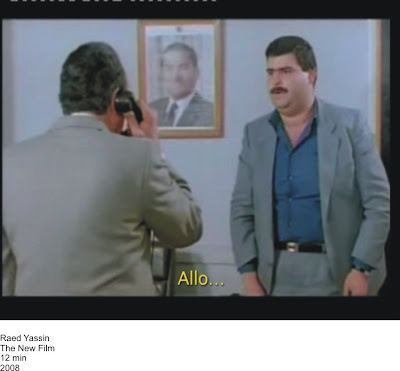 Mounira Al Solh was born in Beirut in 1978. She studied painting at the Lebanese University in Beirut (LB), and Fine Arts at the Gerrit Rietveld Academy in Amsterdam (NL). Between 2006 and 2008, she was a resident at the Rijksakademie in Amsterdam. Her work is multidisciplinary, oscillating between video, installation, writing, photography and painting.


www.guildindia.com MUMBAI / NEW YORK
Lena Merhej is a visual artist living in Beirut. Lena studied Graphic Design at the American University of Beirut (BGD) and majored in Design and Technology at the Parsons School of Design (MFA). At the moment she is teaching at the Lebanese American University, and give workshops in animation, illustration, and comic books. She is a Samandal founding member, the only comic book organization in the Middle East. Lena Merhej says that in the comics and the animation that she does, her stories are about her memories and her experiences in Beirut: family, war and frustration are recurrent themes.

Khaled Hafez ´s (Born in Cairo, Egypt in 1963) experimental video work Third Vision: Around 01:00 pm (2008) is a nostalgic narrative of visuals that the artist keeps in his memory and that shape his practice today. From1981 till 1990 Khaled Hafez followed the evening classes of the Cairo Fine Arts while studying medicine. Hafez studied New Media at Transart Institute / Danube University Krems, Austria (MFA). He currently lives and works in Cairo.

Mireille Astore´s work Not From Here is an artwork that attempts to negotiate displacement, exile, migration and identity formation using a historical narrative. Astore says that as an artist she is driven by a need to create an entity between the conscious and the unconscious, the intentional and the unintentional, the political and the apolitical. Mireille Astore (Beirut, 1961) is an artist, a writer and adjunct lecturer at the Sydney College of the Arts, the Visual Arts Faculty of the University of Sydney. She has a PhD in Contemporary Art. Her artworks have been highly acclaimed and have been shown in such venues as the Tate Modern, Museo Nacional Centro de Arte Reina Sofía, Madrid, 8th Sharjah Biennial, 3rd Guangzhou Triennial, Home Works IV – Beirut, and Santa Margherita Auditorium, Venice. In 2003 she won the (Australian) National Photographic Purchase Award and she is featured in the Thames and Hudson Publication New Vision: Arab Contemporary Art in the 21st Century.
Khaled D. Ramadan is a video documentary maker, curator and art writer. His fields of specialties are the culture and history of broadcast aesthetics, with interests in the fields of aesthetic journalism and documentary film research. He is the founder of the MidEast Cut, Not On Satellite and the Coding-Decoding festivals and the Chamber of Public Secrets. Ramadan has published several documentary films, theoretical texts and books on broadcast aesthetics, journalism and documentary filmmaking. He has serious experience in planning and curating exhibitions, film festivals. Ramadan’s works are shown around the world at major festivals, TV stations and museums. In 2009, Al-Jazeera TV produced a documentary about the Chamber of Public Secrets and Ramadan’s activities and achievement. In 2009, Ramadan was given the Achievement Award of the 11th Cairo Biennial. Ramadan is member of the International Association of Curators of Contemporary Art, IKT. Currently Ramadan is the co-curator of the International Manifesta 8 project, Murcia, Spain 2010.
Posted by Johnson Thomas at 12:55 AM