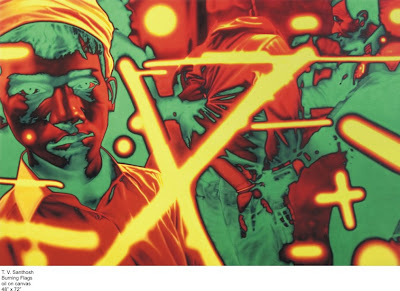 Between fits of unhinged manner and hallucinations, he told his story, mumbling… But most of the time he used to lie there with wide-open eyes. Unresponsive, sometimes running for cover under a bed and screaming whenever there was loud noise. When finally he knew enough to recollect bloody faces of atrocities, he slowly came out of his daze, but without an identity of a country for which he submitted his life, without a memory of his wife who was expecting a baby and even without a name. But he still heard absurd descriptions spoken of the battles, orders given frequently and the last commands given, followed by deep silence. He still knew that something terrible was happening somewhere, yet could not endure the feeling of being helpless to intervene or stop it from happening. What he experienced could not be traced to any place or time, nor was there any question about the reality of the chain of events, causes, nor its ill driven agendas. When facing the brutality of war and especially when he felt compelling evidence of such brutality within himself, images of burning flesh, mutilated images of wriggling limbs of death…it was all too real for him and fathomless. That was it! What he mumbled lay there scattered around like broken glass with sharp edges dripping blood… 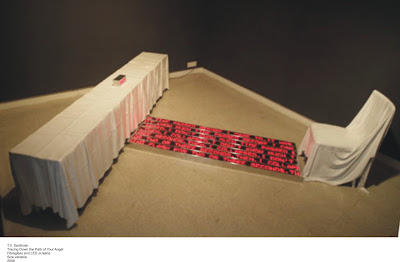 Going through a bedridden soldier’s feverish mumblings who does not even manage to remember his own name or his country and the cherished memories of his beloved, one would wonder, is it a befitting example of a world we are trying to achieve through the war of nations under the pretext of all kinds of unconvincing reasons? There are many kinds of wars, some trecherous and some absurdly blind. Then there is poor man's war and rich nation's war. A whole lot of world of paradox exists at the thin line between the resistance and attack. When will this world get rid of these wars? My learned friend gave me simple answers - that till there are no more human discriminations, oppressions and crooked foreign policies. Yes, but why such simple answers are not simple solutions? Are utopias mere utopias? Is humanity destined to suffer by brutality of some who want to enjoy the world at the cost of others until those commands would be followed by a deep shrill of silence, turning this land a barren wasteland of live landmines? 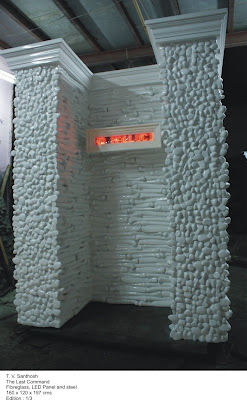 My recent works are about how the Media presents the world to us and how the Media has the power and the means to reconstruct as well manipulate our understanding of reality. It is about a strange world vulnerable to manipulation. A world where one brands someone as one’s enemy loots them and then destroys their nation and culture - justifying massacre of innocents in the name of religion and nation, creating a fear psychosis so that one can do one’s brisk real estate and weapons business. My works are specifically an investigation into Media generated world itself.