Balaji Ponna received his B.F.A in Graphics from Andhra University with Gold medal and his Masters in Graphics from Kala Bhavan, Santiniketan. He has also been a recipient of H.R.D. National Scholarship for young Artists (2004–05). He has exhibited in Solo Projects India Art Summit 2011, Arte Fiera Bologna 2010, Art Basel 09 and at Art HK 09. Balaji has also participated in "Contemporary Exoticism" curated by Marco Meneguzzo at Studio La Citta, Verona. His works have been currently selected for the France print Biennale 2009. His recent solo titled ‘The Things I Say’ was held at Studio la Citta, Verona in collaboration with The Guild. 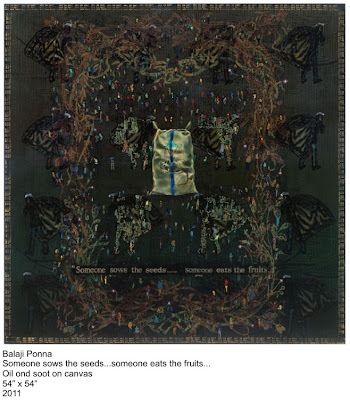 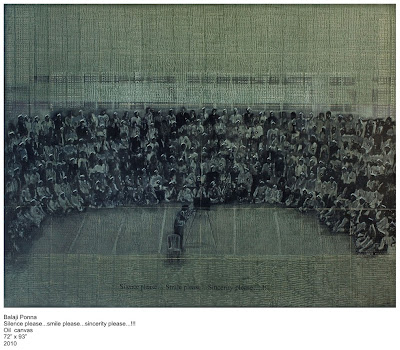 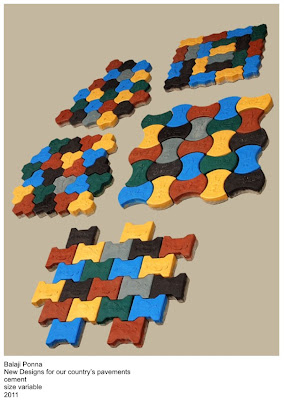 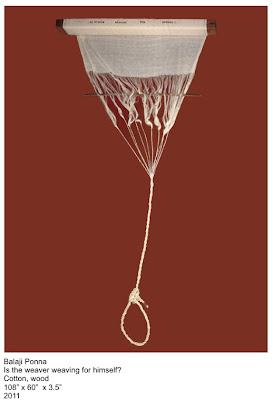 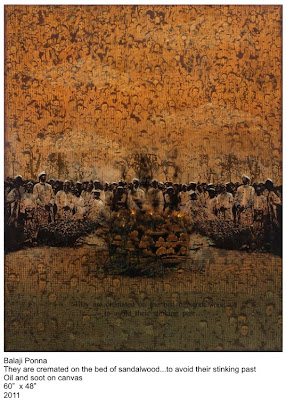 “Looking is not Seeing” – a critical note


Lives and works in Baroda.

Posted by Johnson Thomas at 2:48 AM